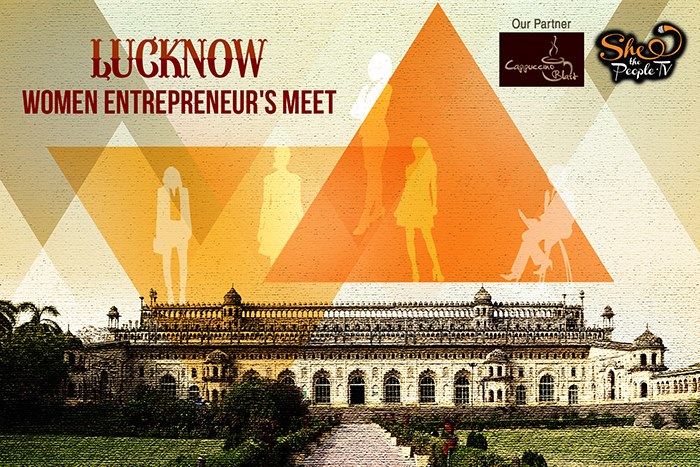 For women entrepreneurs of Lucknow the challenges didn’t come in terms of funding or ideas. Changing mindsets and breaking away from traditions was the key held-up for women to unleash their potential. In what was a rare women entrepreneurs meet up in Lucknow, female foundersshared candidly that the city’s ‘log kya kahengey’ attitude was the reason most women hadn’t put their dreams to work.

The SheThePeople meet up was unique because it was the first time that these women got to converge together and discuss the gendered challenges and the way one could cope with them. From boot-strappers to newly funded and those with longstanding legacies, the hi-noon session highlighted a real assortment of business-views. The conclusion – that the really well off and upcoming entrepreneur had similar stories of struggle. “I literally started my business with 4000 rupees. Chikan work was dying here. I wanted to bring a new sense of design to this brilliant traditional art,” shares Vani Anand, designer in Lucknow.

The event saw the presence of eminent businesswomen who have made it big in the business world in the state. Popular names included Puja Nemani, founder of the most successful chain of cafeterias in Lucknow, Cappuccino Blast and Jyotsna Kaur Habibullah, founder-chairperson of the FICCI FLO chapter of Lucknow and Kanpur. Sharing her experience as an entrepreneur was also our very own founder Shaili Chopra. “I believe cities like Lucknow are truly poised to grow its entrepreneurship and startup culture.”

From the in depth conversation that lasted for about 3 hours, women opened up about their challenges and  to one another, sharing the problems that they face as women in an upcoming tier II city like Lucknow. The big headline was that there is a massive hunger to learn, grow and build their business. There are a few major structural issues that act as challenges to the growth of women.

Tweet
Share
Pin it
Previous StoryPUJA VAID NEMANI, nominee of “MOST OUTSTANDING WOMAN ENTREPRENEUR OF THE YEAR” in the 1st UP FLO WOMEN’S AWARDS NEXT Story5 supercool women entrepreneurs to watch out for in Lucknow